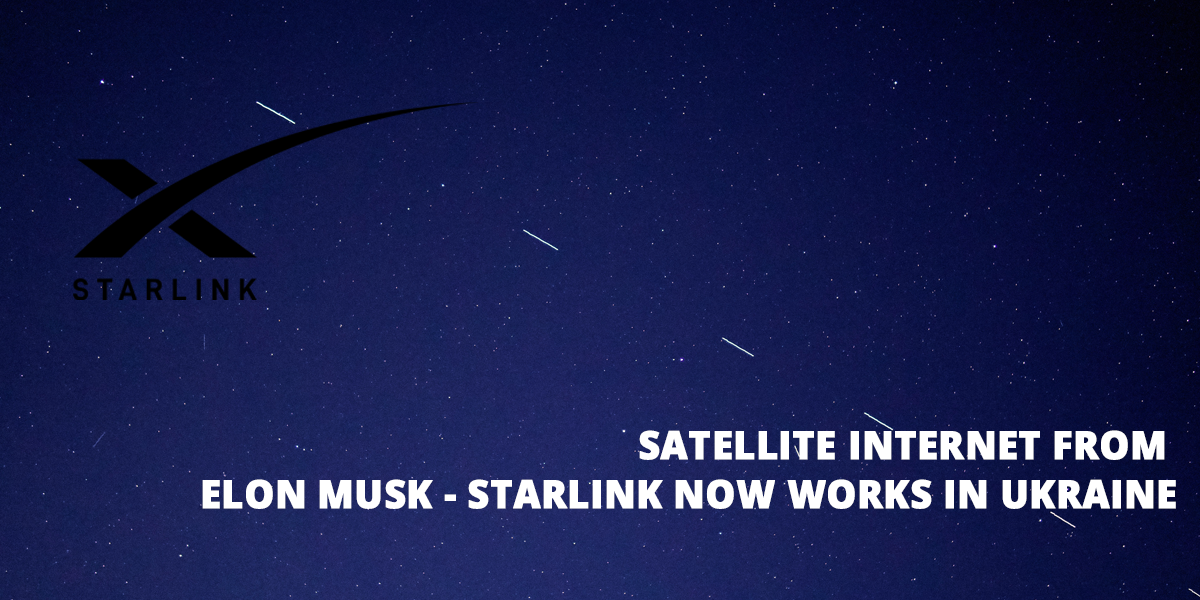 Deputy Prime Minister for Digital Transformation Mikhail Fedorov asked Elon Musk to provide Ukraine with access to Starlink high-speed Internet shortly after the start of Russia’s invasion of Ukraine. It is a system of low orbiting satellites (now about 2000) that provides a connection to the network even when other forms of communication are not available. It becomes especially relevant after Russia’s attack on the communications infrastructure.
Musk responded and activated the work of Starlink in Ukraine – now satellite channels and their repeaters distribute a signal here, and the terminals work. EASE resident companies were among the first to receive satellite Internet terminals. They are already testing Internet capabilities and have the ability to seamlessly execute orders and IT projects.

The use of Starlink as a stopgap measure for citizens and the government to stay connected during an invasion is a major test of the relatively new technology, and could have widespread implications for the future of war. Internet has become an essential tool for communication, staying informed, and even powering weapons.

Send to a friend